Skip to content
Posted on December 22, 2016 by Hemley Gonzalez

A lawyer for 249 men seeking compensation for alleged sexual abuse at a Catholic children’s home has vowed to continue with one of the largest compensation claims against the church despite a judge dismissing three of the first test cases.

The high court in Leeds awarded one of the claimants £14,000 in compensation and ruled against three other men. Judgment in a fifth case will be given next month.

The men’s lawyer, David Greenwood of Switalskis, said outside court: “This is a skirmish; we will win the ultimate war.” 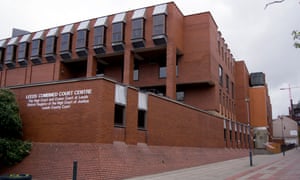 The high court in Leeds awarded one claimant £14,000 and ruled against three others. Photograph: Alamy

The claims were made against the diocese of Middlesbrough and the De La Salle Institute, which ran the St William’s children’s home in Market Weighton, east Yorkshire.

The civil case followed the imprisonment earlier this year of the home’s former principal and chaplain for sexual offences against 11 boys between 1970 and 1991.

James Carragher, the former principal, was jailed for 15 years for 21 indecent assaults and three serious sex offences, but cleared of a further 30 charges. It was the third time he had been sent to prison for sexually abusing boys at the home.

Anthony MacCallen, the former chaplain, was convicted of 11 charges, including a serious sexual offence. He was acquitted of eight others.

The residential school, which closed in 1992, was owned by the diocese of Middlesbrough and run by members of the De La Salle brotherhood. It took boys from troubled backgrounds referred by local authorities.

A civil action was launched in 2004 but delayed by a dispute between the diocese and brotherhood over which was liable for compensation of potentially £8m. In 2012, the supreme court ruled that both were liable.

On Wednesday, Judge Mark Gosnell awarded one of the claimants £14,000 “for injury to feelings and the additional upset caused by the fact that it was perpetrated by someone who should have been looking after him”.

He dismissed three other claims, saying the claimants had failed to “discharge the burden of proof of [them] satisfying me that the abuse occurred on the balance of probability”.

Greenwood, who has been pursuing the claims since 2003, said he would appeal against the judge’s dismissal of three of the claims.

“I would say, obviously, on the central issue of whether it happened or not, there was compelling evidence given by all four, all five, of these claimants, and that should be the main issue that we are talking about,” he said.

He was “disappointed that the judge did not see through all these arguments about minor inconsistencies but this is a skirmish; we will win the ultimate war. There are 245 cases still to go, so I’m very confident we will succeed.

“There was a lot of sexual abuse going on at St William’s and these boys deserve justice.”

Both the diocese of Middlesbrough and the De La Salle brotherhood have previously issued statements condemning abuse.

“We deeply regret what happened at St William’s and the harm that was done there through the behaviour of James Carragher. We unreservedly apologise to all who have been affected by his behaviour. Our hearts go out to all victims of abuse and their families,” the brotherhood said earlier this year.

The diocese said: “Abusive behaviour has absolutely no place in the Catholic church, or anywhere in society, and is against everything we stand for.”

Another set of compensation claims is expected before the high court in late 2017.