Cardinal George Pell, Australia’s most senior Catholic and the third-ranking official in the Vatican, has been charged with multiple sexual offences by police.

The charges were served on Pell’s legal representatives in Melbourne on Thursday and they have been lodged also at Melbourne magistrates court. He has been ordered to appear at the court on 18 July. 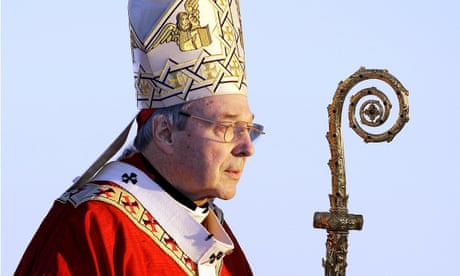 In a statement released by the Catholic archdiocese of Sydney 90 minutes after the charges were announced, Pell announced he would “return to Australia, as soon as possible, to clear his name”. Pell is the highest-ranking Vatican official to be charged in the Catholic church’s long-running sexual abuse scandal.

Pell’s statement, issued at 4.30am Rome time, said: “Although it is still in the early hours of the morning in Rome, Cardinal George Pell has been informed of the decision and action of Victoria police. He has again strenuously denied all allegations.

“Cardinal Pell will return to Australia, as soon as possible, to clear his name following advice and approval by his doctors who will also advise on his travel arrangements.

“He said he is looking forward to his day in court and will defend the charges vigorously.”

It is so far unclear just what allegations Pell has been charged with. Pell was due to make a further statement in Rome later on Thursday.

Detectives from Victoria police’s Sano taskforce, established to investigate allegations that emerged during a parliamentary inquiry in Victoria and the later royal commission, interviewed Pell in Rome in October about allegations against him.

Last year, citing ill health, Pell declined to return to Australia to give evidence to the royal commission into institutional responses to child sexual abuse in person last year and instead gave evidence by videolink from Rome.

The royal commission, ordered by then-Australian prime minister Julia Gillard in 2012 and formed in 2013, is due to deliver its final report by 15 December.

In February the Australian Senate called on the cardinal to return home “to assist the Victorian police and office of public prosecutions with their investigation into these matters”.

Pell dismissed the parliamentary resolution as “an interference on the part of the Senate in the due process of the Victoria police investigation”.

The cardinal is a former archbishop of Sydney and Melbourne. Since 2014 he has been prefect of the secretariat for the economy – the Vatican’s treasurer. He was ordained in Rome in 1966.

The news, which broke in the middle of the night in Rome, represents the biggest crisis of Pope Francis’s papacy. The Vatican declined to comment immediately on the news, but inside the Vatican questions were swirling about how Francis would respond to the stunning charges and whether his longstanding support of Pell, despite his ideological differences with the staunchly conservative Australian, would tarnish his own reputation.

The pope has historically been loath to respond to legally unsubstantiated allegations of sexual abuse against senior clerics. The fact that legal charges have been filed means his support for Pell will now be heavily scrutinised and the case will be seen as a test of whether the pope, who has claimed that the church ought to have zero tolerance for sexual offenders, will be willing to cast out one of the most powerful officials in the Vatican

When Pope Francis was asked about allegations against Pell last year, he told reporters: “It’s true, there is a doubt. We have to wait for justice and not first make a mediatic judgment – a judgment of gossip – because that won’t help. Once justice has spoken, I will speak.”

“For clarity, I want to be perfectly clear, the process and procedures that are being followed in the charging of Cardinal Pell have been the same that have been applied in a whole range of historical sex offences whenever we investigate them. 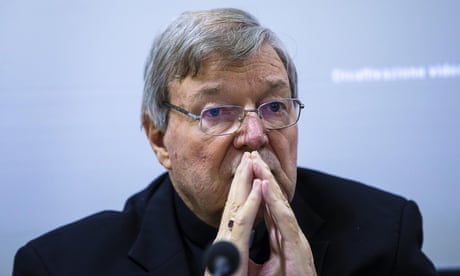 “The fact that he has been charged on summons, we have used advice from the office of public prosecutions and also we have engaged with his legal representatives is common and standard practice. There has been no change in any procedures whatsoever. Advice was received and sought from the office of public prosecutions, however ultimately, the choice to charge Cardinal Pell was one that was made by Victoria police.

“Cardinal Pell, like any other defendant, has a right to due process and so therefore, it is important that the process is allowed to run its natural course.”

Patton said as the matter was now due before the court, police would be making no further comment.

Victoria’s director of public prosecutions, John Champion, released a statement saying he would be involved in “conducting these criminal proceedings”.

“I will be required to do so in a manner that is fair and just to all parties, including the alleged offender,” he said.