Skip to content
Posted on June 30, 2017 by Hemley Gonzalez

As a small grassroots coalition in Ontario launches a legal challenge against separate school funding, Charles Pascal is renewing his call for an end to public dollars paying for Catholic schools in the province.

Charles Pascal, a professor at the Ontario Institute for Studies in Education, has been making the argument that Ontario should have one secular school system for some time, and sees this court challenge as a reasonable way forward in a province where risk-averse politicians are too nervous to take on the issue. 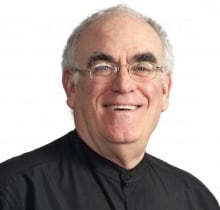 “It’s too bad that governments aren’t leading on this,” he said. “On the other hand, there comes a point in time when the notion of bringing forth litigation is… basically the last resort.”

Of course, one Ontario politician did try to bring up religious school funding, but to sour results. John Tory, now mayor of Toronto, ran and lost as leader of the Ontario Progressive Conservatives in 2007 while advocating for funding for additional religious schools — not just Catholic ones — on the principle of equity.

He sees the way forward as one single secular board in Ontario.

That board, he says, should have a comparative religion course to foster empathy and a deeper understanding of faiths that are not students’ own.

“If parents decide to send their kids to a school that matches up with their religion, actually, we’re keeping kids away from other people who see the world slightly differently.” – Charles Pascal

The reason Catholic schools receive public funding in Ontario goes all the way back to Confederation. Other provinces like Quebec and Newfoundland have done away with funding for separate school boards, and Pascal thinks the rest of the country should follow suit.

“Flash forward 150 years,” Pascal said. “We’re living in a multicultural society with lots of other religions that need to be respected. The notion that a single religious education schooling system receives public money is simply an anachronism.”